Windscreens are used for a multitude of vehicles, including those used on land, water and in air. Below we display all of the land vehicles that have windscreens.

The majority of homes in the UK have a standard car because they’re ideal for most short city journeys and longer journeys. A standard car usually has 5 seats which is perfect for the average family with 2.4 children.

Driving a Jeep can be fun for those that like to drive off-road in the country and they can also be driven around the city. Whatever the weather you can count on a Jeep to provide superior handling come snow, rain or shine.

SUVS are fantastic for family holidays as they cater for bigger families and friends with the use of 7-9 seats, depending on the model. An SUV generally, is better for off-road driving due to the high suspension and strong chassis.

A 4×4 sends its power from the engine to all four wheels of the car, meaning it can conquer even the most challenging terrain. Increased grip, beefier tyres and some clever electronics means they’re perfect for adventurous motorists.

The Hummer grew in popularity after famous actor Arnold Schwarzenegger sat in the driver’s seat of this military vehicle. Although the Hummer isn’t seen on a day-to-day basis, it has become one of the most iconic and controversial cars of its time.

This luxury saloon is generally hired for special events such as premieres, weddings, graduations and proms. Depending on the size of the limousine it can carry up to 20 people. This impressive vehicle will usually be driven by a chauffeur.

Trailers offer those who love to travel and go camping the flexibility to take all of their equipment and belongings with them. They can be attached to any standard vehicle equipped with a towbar and are large enough to include a living space, kitchen and beds.

There are over one million caravans in the UK and they are used for touring, holidaying and even as polling stations during elections. This miniature home on wheels is a cost-effective way to travel and allows you to have full flexibility.

Campers offer a huge variety of models from basic day vans to extravagant coachbuilt models. Campers are even the ‘go-to’ vehicle for a number of celebrities too, including Jamie Oliver and Richard Hammond.

Vans are handy, road friendly vehicles. They’re useful to builders, delivery companies, gardeners and all kinds of trades people for transporting their equipment everywhere they go. A van offers, size and practicality and can be as small as a car or as large as a lorry.

Motorcycles come in many shapes and sizes, including mopeds, scramblers, cruisers, sports bikes, and many more. In the Western world, most motorcycles are a luxury item used for thrills. However, many developing countries depend on small, efficient motorcycles for cheap and reliable transportation.

A convertible is a car that allows you to remove the roof from the car for an enhanced driving experience but you still have the windshield there to protect you from the elements and oncoming debris. Convertibles are ideal for summer and are generally used for long weekends away in the countryside.

A HGV is a ‘heavy goods vehicle’ and is used for commercial purposes. These large vehicles are used to transport a vast amount of items and will generally carry up and over the amount of 3.5 tonnes.

A truck is used to transport cargo, they are very powerful vehicles and offer flexibility, catering to a variety of attachments both large and small. Trucks come in all shapes and sizes and are used for commercial reasons.

Pickup trucks look like an extended Jeep, their boot is open to allow for larger items and general transportation of cargo. They can be used for both domestic and commercial purposes, pickup trucks offer easy access to your own goods – perfect for builders and gardeners.

Coaches and buses are large vehicles generally used for long excursions and short city stops. Coaches are built to carry passengers and luggage and some have a toilet installed, to cater for those long journeys.

Tractors are commonly known as farm vehicles used for cultivating and speeding up every day farming tasks such as sowing seeds and plowing fields. Really large tractors can have up to 12 wheels and can be much bigger in height than a person.

Forklifts are used for industrial purposes to transport and lift heavy goods. Forklifts can be found in warehouses, their maximum speed is 8mph and the biggest forklifts can lift up to a maximum of 50 tonnes.

Combine harvesters are used to harvest crops and they save farmers hours of unnecessary labour. A combine harvester is built to cater to a variety of attachments, allowing for fast and effective farming.

A telehandler is mainly used for agriculture and they have the ability to fit a range of attachments to adapt to different jobs. The telehandler is ideal for a number of things including lifting bales of hay, picking up pallets and scooping up earth.

A loader vehicle is used for construction. This large machine is built to shift a variety of materials including: dirt, stones, snow and sand. There are a number of ‘loader’ models such as: wheel loader, skip loader, payloader, front-end loader, front loader and more!

360 Diggers have tracks instead of wheels, ideal for grip on muddy construction sites. The use of the 360 digger scoop allows for jobs to be completed more quickly thanks to their fluid 360 motion.

Wheeled diggers are used for large construction projects such as open-pit mining. Wheeled diggers are able to shift masses of dirt, speeding up the process of these laborious jobs, as the maximum size of a bucket can has over 70 foot in diameter.

UTV is a Utility Task Vehicle, a large UTV can carry up to 6 people but generally they carry 2. They’re built for side-by-side seating with a cargo box at the back.

ATV is an all-terrain vehicle that will carry up to 200 pounds of cargo. ATVs have bulky wheels with impressive treads to suit a variety of rough grounds.

Ambulances or fleet cars, are built to organise important medical apparatus and to carry the injured or sick. Ambulances are generally a fluorescent yellow colour so they’re highly visible along with their flashing blue lights and siren.

Fleet cars such as police cars, are used by the police for transportation during their duties such as patrolling and are used for high speed chasing either to catch up with people speeding or to attend to crime scenes quickly.

Taxis and taxi drivers have to be licensed to transport people to their destinations, this is done either for an agreed fee or via the in-built meter that’s fixed to the taxi’s interior.

Fire Engines are vehicles used by emergency services. They’re built to hold 1,000 gallons of water and are equipped with built in hoses to aid with direction and maximum pressure. Fire Engines are also built to hold other important tools to ensure they’re prepared for all situations, including rescue calls and traffic accidents.

Trains are built to carry cargo and people and they can reach top speeds of 125mph. Trains in the UK cover more than 16,000 Kilometres of land and rail networks are a popular mode of transportation as they are a fast and efficient way of travelling around the country.

Trams can carry a large number of passengers and they offer reliable public transport in the inner city. Trams are good for the environment because they offer reduced noise pollution, they run on electricity and they reduce the traffic in towns.

1st Call Windscreens offer windscreen repairs and windscreen replacements for both domestic and commercial vehicles, day and night, 24/7. We work throughout a number of locations including: Maidstone, Gillingham, Sittingbourne, Chatham, Rochester and Medway Towns. For more information please get in touch with our experts today. 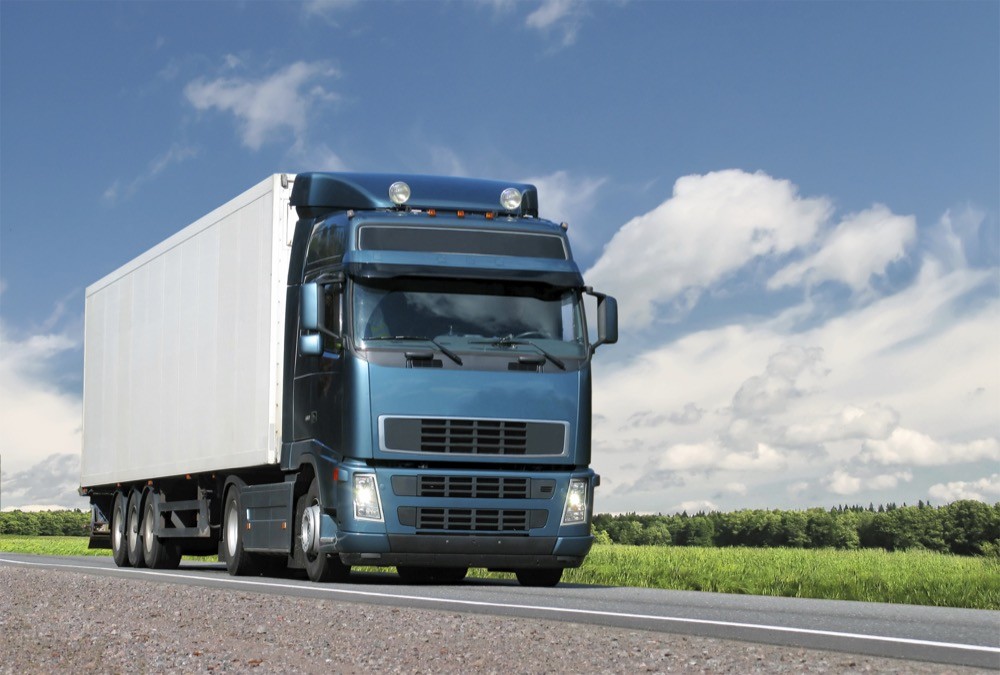 The laws surrounding windscreen repair and replacement aren’t always the easiest to interpret, mainly because there is s...

Thousands of commercial vehicles travel up and down the nation’s roads every day, some of them travelling ten miles, s... 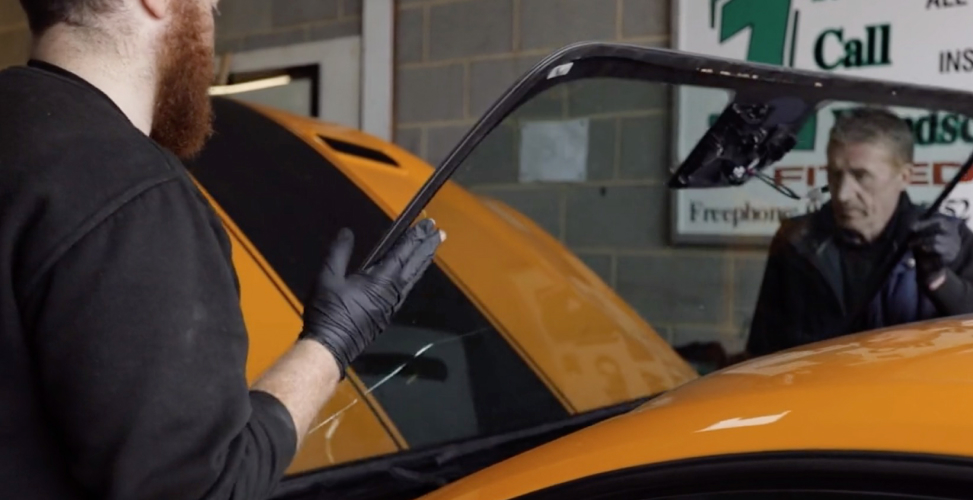